In August 2013 my brother in law, Darren Manzella- Laperia, was lifted abruptly into the arms of God.

Our family reeled. He had been married less than two months to the love of his life. It was a beautiful ceremony honoring everlasting love.

Darren was a soldier who spoke out against inequality and advocated gay rights. His open admission of his sexuality while serving in the US Army was instrumental in the changing of the "Don't Ask, Don't Tell" policy. He was discharged for speaking his truth but after the policy change, he wasted no time reenlisting. He spent his days before he left us using both his experience as a soldier and his training in psychology to council troubled veterans and help them find peace and hope in their post-war lives.

Here is a nicely written article written about Darren after his death. There are many more to be found as he touched so many lives with his bravery and kindness.

To honor his life and his memory, his family and friends have organized a 5K Memorial Run in his hometown of Brocton, New York.

Proceeds from the event will go towards Darren Manzella-Lapeira Veteran Assistance Fund through the Chautauqua County Community Foundation. Through this fund, local veterans will be able to seek financial assistance for immediate needs such as rent, groceries and utilities with the help of the Chautauqua County Veterans Service Agency. 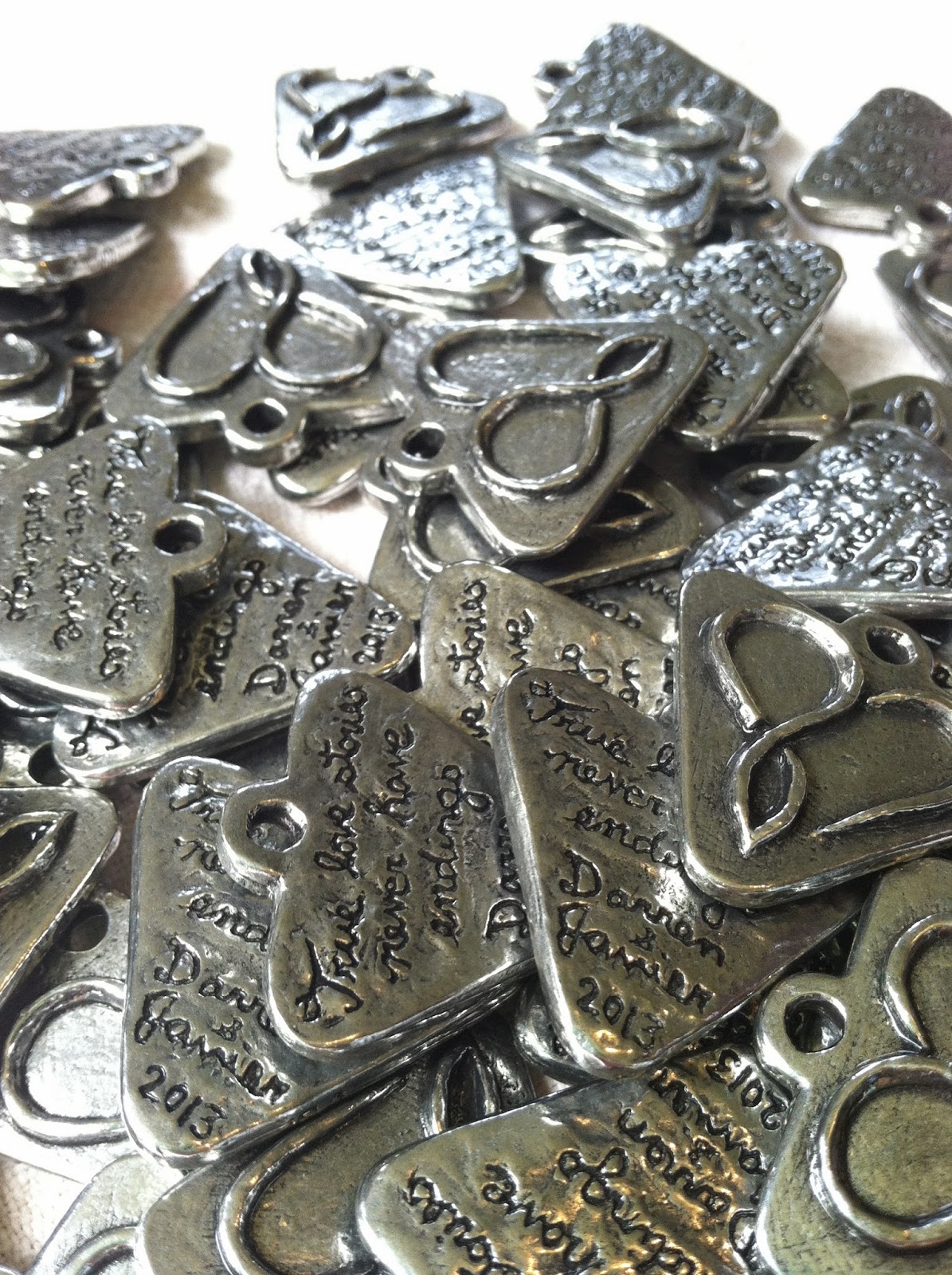 Many people have wondered why the symbol of a heart with an infinity sign was chosen as a logo for the run. It was also the symbol for Darren and Javier's wedding. I had the honor of designing and producing the wedding favors and gifts for the wedding party.

The image that Darren and Javier chose to represent their unending love for each other has also become a symbol for our love for Darren.
And his for his friends and family.
Love never ends.

Last summer, in preparation for the wedding of these two beautiful souls, Darren sent me an assortment of images that he and Javier had chosen to represent their union. Together we chose the symbol you see both for its simplicity and relevance to the quote they had chosen:
"True love stories never have endings" 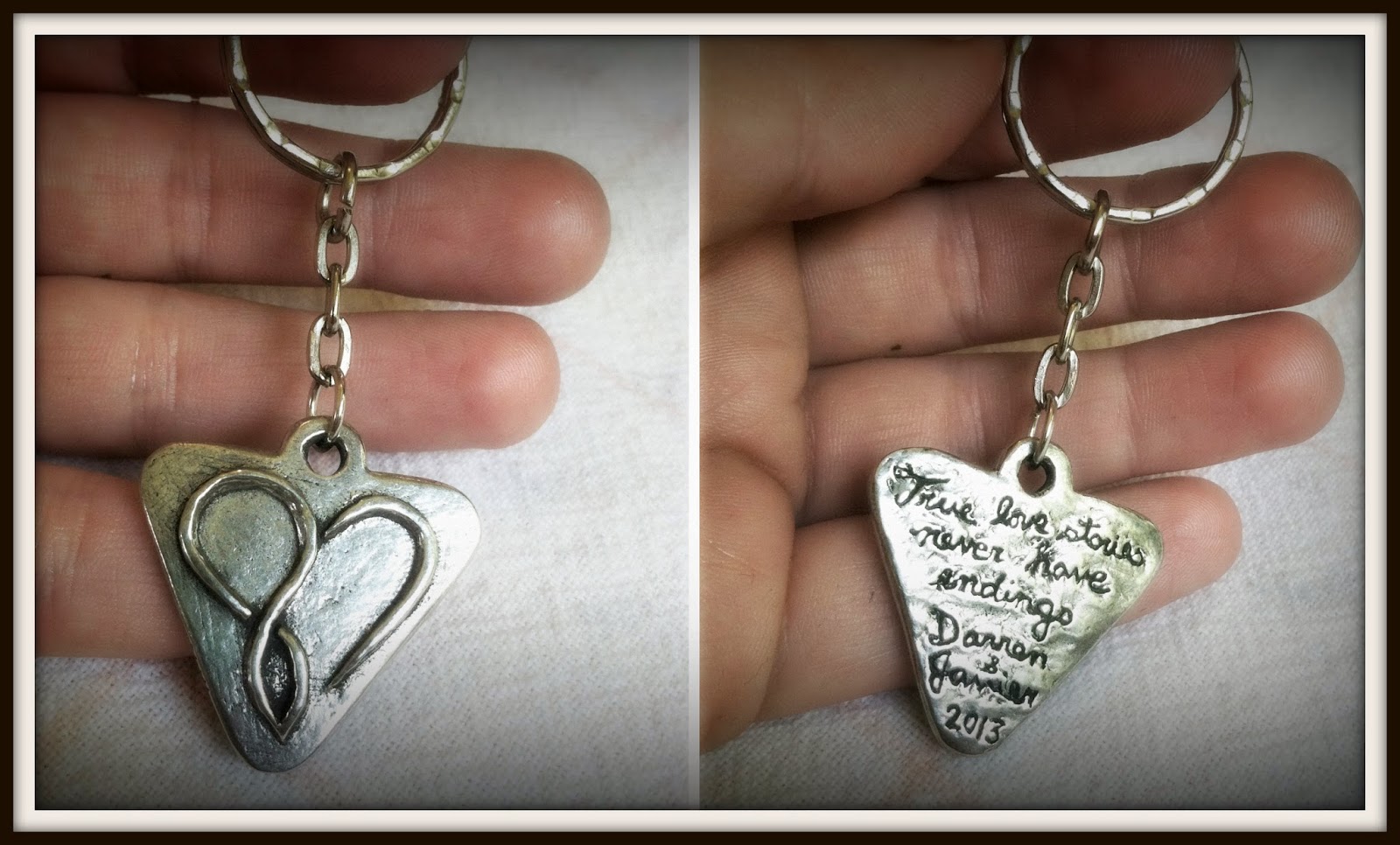 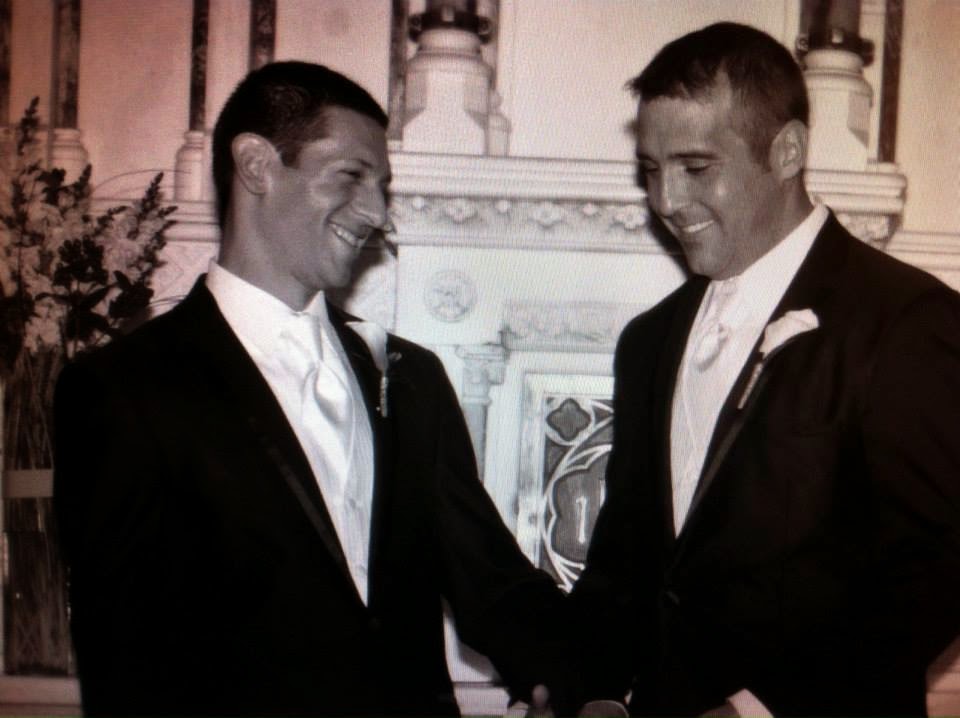 "Darren,
May your light continue to shine in the hearts of those that knew you. Your gift of laughter and compassion radiates long after you left this earth. I look forward to the day I see you again."

Posted by DArsie Manzella at 7:41 AM